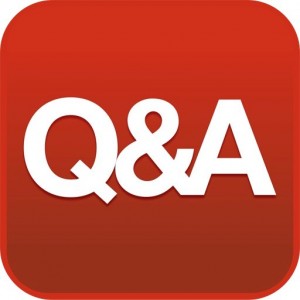 Michael Litos is one of the brightest minds covering college hoops today. Not only does he post some serious gems almost daily on his blog CAAHoops.com, but actually wrote the book on the mid-major phenomenon, “Cinderella: Inside the Rise of Mid-Major College Basketball” (PS. The book’s forward was written by Jay Bilas, but don’t hold that against him).

We got up with our old CAA friend to pick his brain on the newly strengthened Atlantic 10, to find out where exactly the hoops centered conference sits on the basketball powers spectrum, and whether or not VCU and Butler made the right decision to make the step up in weight class.

A10Talk: You wrote a great book on mid-major hoops called “Cinderella: Inside the Rise of Mid-Major College Basketball”. Where do you think the A10 was before on the “mid-major”/”high major” spectrum, where is it now, and does conference affiliation limit your ability to be either, or can you have for example, a mid-major in a BCS conference?

Litos: “First, I appreciate your use of the word “great” in the question, but there are so many different tacks I’d take if I had it to do again. But here’s the one thing I’ve found. As a society we are compelled to group things. It helps to compartmentalize things in our mind. So “mid major” and “high major” are the terms we get in college basketball.

Quite frankly they are terms that lose meaning the more you use them. They are lazy. Each situation is different–what are Auburn and Penn State in the basketball world? Compare that to Xavier, Butler, VCU. Honestly, the term is fairly irrelevant. Show me the on-court results and let’s analyze what we know. Teams are successful despite wildly inferior budgets and that says something for how they do things. There’s the natural arc of winning and the momentum of success–it builds on itself.

There was a time when it mattered, but the recent success of many programs that don’t call a BCS conference home have rendered it a moot point. We have the means to discuss these things in a national forum now, so we don’t need the crutch of mid major, nor the crutch of conference affiliation.

A more direct answer to your question: things have changed so much since George Mason’s 2006 Final Four run, that anything prior to then is history…a data point on the life of college hoops. Smart programs are investing in basketball–it’s incredibly efficient, after all–and seeing the success play out during the NCAA tournament. The playing field has leveled.

A10Talk: Why was the jump to the A10 a good move for VCU and Butler, and why might it have been the wrong move. Where do you come down on those decisions for those programs?

Litos: “This entire issue is so much more complicated than most people consider. So I applaud both schools for making the leap. They have a vision, and a plan, and were not afraid to take the necessary steps to make it happen. I’ve said it multiple times–the success of the move hinges upon being able to make the NCAA tournament as an A10 member. The conference payout is very favorable to the team that earns the NCAA pool units. However the back side of that is the payout to schools not making the tournament is a paltry sum. So it’s a bet, really.

What’s more, each school gave up probably the best opportunity to make the tourney from the conference they left. Butler was clearly the flagship program in the Horizon, and VCUs geographical advantage of having the CAA tourney in their backyard was probably the best conference tournament set up for any team in the country. Both left a pile of money on the table.

The entire engine needs to be fueled by money. This is a step up in competition for both, and investments in basketball budget, recruiting, etc. must go along with that. So there are two sides to this issue, and there is real risk involved that most people don’t want to look at.

In the end, I’d call it a good move. Both believe they can compete, and this represents the step towards a more consistent national brand in all areas. Kind of a rising tide lifts all boats, and without the distraction and money sieve of football.”

A10Talk: Butler and VCU have gotten some preseason top-25 love from the national analysts. How do you think each will fair in their first season of what’s without question a more challenging conference?

Litos: “Goofball answer: better and worse. I think the A10 teams are in for a shock at the level of play of both schools. Both have succeeded on a national scale for many years, not just a one-year fluke. It’s that cycle of winning–both have built very strong programs and can easily compete for the A10 championship.

However the depth of the A10 is striking. In their previous conference, each team could get away with playing a C game and win. That’s not happening anymore. It’s certainly going to be a bitch of a conference, which makes is outstanding and fun for the fans.”

A10Talk: You recently wrote a piece for CAAHoops.com on the CAA, like the A10, needing to become a basketball focused conference. With BCS football sending shock waves throughout the college landscape, do you think this will be a new trend, with schools like Northeastern and Hofstra doing away with football altogether, do you see more and more conferences doing the same, and turning away from FCS football as well?

Litos: “It’s more of a university issue than conference issue. I don’t know if they are, but I certainly think they are irresponsible if they don’t entertain the notion. As I mentioned, basketball is insanely efficient. You pay for 13 scholarships, and road travel parties are typically 20-25. Put that against the NCAA tournament money and conference TV package. It’s a good-looking model.

If you aren’t playing BCS football, I don’t see the money that underwrites those 80 or so scholarships, the travel, the operating expenses. I think it’s a money-loser and a long term death knell to an athletics department. And playing two buy games on the road to balance your budget? That turns your kids into mercenaries, and philosophically I don’t like that.”

A10Talk: Of these A10 coaches, which do you see going the distance with their programs, and who do you see bolting for a BCS position in the next five years: Shaka Smart, Brad Stevens, Dan Hurley, Chris Mack, Chris Mooney, Derek Kellog?

Litos: “No clue, honestly, but I’ll tell you this–fewer than people think. One product of the changing college basketball landscape is that coaches can make an awfully good living outside a major conference. Remember, this is sport for us but it’s a career for them. They have their family to take care of, and you know the size of the contracts as well as I do. Personal security, whether contract size or length, is different.

Plus, it’s become obvious that these jobs are better than some from major conferences. Look at the teams in the A10–they can all talk about success today, forward motion, and the promise of the future for that team and that coach. I really think the best selling point for some of these major conference schools is conference affiliation and how great it was in 1992. It’s all in the past and about recapturing some golden age that is not returning.

Look at it this way–the same flattening of talent and spreading of success of players and teams also applies to coaches. Do you want to coach Washington State, or Xavier? Nebraska, or VCU? There you go.”

A10Talk: What is your preseason A10 top 8, and which of those teams are going dancing come NCAA tourny time?

Litos: “Way way way too early for that kind of stuff, but in the spirit of fun–St. Louis, Temple, VCU, Butler, St. Joe’s, Xavier, Dayton, Richmond. There’s eight, and you pick the order. I’m sure I missed someone, too. That’s what’s going to make it fun. Four will make the NCAA tournament, which will be more than the PAC 10. I’m just saying.”