We are so very fortunate to be living in an age of technological advancement and discovery.  The average cell phone has more technological power than all of the Apollo spacecrafts.  We walk around taking pictures of EVERYTHING and then we can upload our snapshots to Facebook, Instagram, Twitter, etc…for the entire world to enjoy.  We now enjoy emojis for our text messages and emails because writing words is a real pain in the ass.  My favorite is the smiling piece of poo.  Subtle and not creepy at all; this little gem is worth far more than a thousand words.

I’ve used that little guy for some highly inappropriate responses to texts ranging from “I’m getting married!” to “Kim is leaving me for my proctologist.”

Sometimes we might get a little saucy and put a hashtag in with our descriptions. #realtalk  Some people don’t care for the hashtag and I get that. #notreally  As long as Twitter is a major social media forum, the hashtag will have a place and will be used with great vengeance and furious anger. #PulpFiction #AngryJheriCurl #HoneyBunny  The reason I mention all of this nonsense is because of the Dayton Flyers.  Last year I got seriously hooked on a hashtag and I can’t seem to shake it.  Of course I’m referring to the one and only #TrueTeam.  I consider #TrueTeam to be the Michael Jordan, or dare I say the Andre Iguodala, of hashtags.  And I have my reasons.

What the Dayton Flyers accomplished last season was all about “team” in every sense of the word.  You don’t do what those guys did unless you are completely invested in the success of your teammates.  You might have heard that Dayton played with a limited roster and minimal height in the front court . #GTFOH  I think it was brought up once or twice during the season but you could have missed it if you were busy getting a lobotomy.

The Flyers were as tough as they were fun to watch last season.  Guys selling out for each other on both ends of the floor on a nightly basis.  Five players on the court sharing the ball and passing up a good shot for a great shot.  They kind of embodied “coach speak” in a sense.  All of the vague terms and redundant phrases, were actually embodied by a group of kids who had no other choice than to take what their coach was preaching and find a way to make it happen on the court.  #TrueTeam

Archie Miller got a ton of credit for what that team did and it was all well deserved.  I don’t dispute any of it because I was already a huge Archie fan and will always be an Archie Miller fan.  I spent more than a couple nights down in Raleigh in the late 90’s (I’m not just referring to his PG days at NC State btw). Dude is the real deal. #Baller  #TruePlaya  I hope he sticks around Dayton for a long time because him being a part of the A10 Conference is nothing but awesome.

As far as what the #TrueTeam has coming back this year, Pappi likey.  How could you not like this team?  Pollard, Pierre, Smith, Davis, Davis, Cooke, and  Wehrli #Wehrlibird have all proven that they can play.  McElvene, Williams, Miller, Mikesell, and Crosby are young players ready to contribute in a variety of ways.  This team is built to win right now.  #HotTake

Jordan Sibert is gone and busy working out for NBA teams at an insane rate.  #FuturePro  Obviously not having him around is a major blow to the program but the Flyers are more than equipped to move forward without him.

One of my favorite players in the A10 last season was Dashawn Pierre.  I liked him coming out of high school but it looked like he was going to be a kid who never put it all together on the college level.  An inconsistent scorer and defender his first two years at Dayton, I was skeptical of him becoming a big time A10 player during his time at Dayton. #Dumbass  Pierre was a fantastic player last season for the Flyers and should be a contender for Player of the Year honors this season.  At 6-6 and 220 pounds, Pierre is a match-up nightmare for teams.

The Flyers use him in the high and low post effectively because of his great court vision and passing.  Pierre has the quickness to get around bigger defenders on the perimeter and the size to backdown smaller defenders in the post.  He finishes at the rim and plays through contact very well.  Pierre had some rough games on the road last season but I expect him to be a steadier performer outside of Dayton this season.  #Superhottake

Kendall Pollard earned the Atlantic 10’s 2015 Most Improved Player award without much debate.  His improvement was the kind of thing that fans talk about with every freshman that plays for the team that they follow.  We all know that Pollard’s jump is the exception and not the norm but there isn’t a member of #TrueTeam who is looking for him to regress.  Pollard is a great shot blocker for a guy who isn’t taller than 6-6.  His innate ability to protect the rim and erase his teammates mistakes on the perimeter is an incredible asset for the Flyers.  Pollard is much like Pierre in the sense that he plays much bigger than his size at times.  He has nice touch on his fadeaway from the baseline as well.  Dayton is able to isolate Pollard on the perimeter or foul line extended and allow him to attack the rim on the left and right side of the floor.  The fact that he can use both hands off the dribble effectively makes him extremely difficult to defend.  And then there is this:

As much as love Pierre and Pollard, the guy I’m most excited and intrigued to watch this year on the  Flyers is Mr. Dayshon Smith.  Some of you may call him Schoochie.  OK, all of us call him Schoochie.  I sometimes refer to him as Schoochstackin but that is only because I love his Twitter handle. Schoochie saw his numbers increase dramatically along with his playing time last season and this year he has the potential to make a jump into the “All A10” range.  Smith is a point guard who can shoot and is another Flyer who plays bigger than his listed 6-2 height.  I love Schoochie’s game.  I love how he can knock down the open jumper from range but can also finish at the rim.  I love how he sees the floor and consistently gets his guys good looks in position where they can knock them down.  That means hitting a Kyle Davis in the chest with a pas instead of low and to the left.  That means threading the needle to Pierre or Pollard off of the roll so that they get ball out in front and can attack the rim under control.  Schoochstakin was playing his best basketball of the season at the end of last season.  If he builds on his late season success and move forward in 2015, he will be an absolute beast.  #Schoochstakin #TruePG

Here is my synopsis on Darrell Davis:  #Shooter  #LongRange  #LarryBirdDigsMyGame  Davis went 47-104 from 3 last season and that is after having cooled off a bit over the end of the regular season. Of course he reminded all of America of his shooting prowess in the NCAA Tournament, when he drilled 5 3-pointers agains Oklahoma. #Respect  The kid is a shooter and he will always be a shooter.  I watched him warm-up in a game last season and he hit 20+ 30-footers in a row before I lost count.  THE KID CAN SHOOT!

Kyle Davis is a kid who also sees the floor well and is fearless getting to the rim. He has the ability to be a game-changer for Dayton this year.  He is quick and he has a nice handle and he has a great coaching staff guiding him.  He could be really tough in 2015-16.   Charles Cooke is a sleeper for a lot of A10 fans but the kid can play. He will score for Dayton in a variety of ways.  Look at his highlights and then tell me he can’t be a major contributor in the A10.  I saw Cooke play a lot over the past couple of years at JMU and he is a tough kid.  He could fill a nice roll for Dayton as a “glue guy” but with the ability to get buckets in bunches when needed.

Dayton has McElvene, Williams, and Miller who will all provide quality depth.  I’m sure people are excited about McElvene’s height and shot blocking/rebounding potential.  I really like Williams athleticism and ability to create mismatches on the floor.   All of this is good and well but here is the simple truth; all of these kids can contribute 0 and Dayton will still be really good.

The A10 is poised to have a really solid 2015-16.  I know there is a strong contingency of Dayton fans who want to hit the Big East and leave the A10 far behind and I get that.  The Flyers are the #TrueTeam and should be feeling themselves a bit right now. I hope for selfish reasons that the Flyers stick around the A10 for a long time because I enjoy watching their brand of basketball.

You can agree or disagree with me on any of my points but at the end of the day you have to admit that there is a lot of good stuff going on in Dayton right now.  And if you insist on being a contrarian, I offer you this little piece of sunshine: 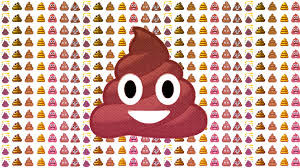 Brian Keiper
Brian Keiper is a graduate of Virginia Commonwealth University and has a M.Ed from University of Richmond. He teaches, coaches, and spends way too mu...
#NiceArticle just one thing to fix up... your favorite player is Dyshawn Pierre not Dashawn. #speelingishard #TrueTeam #Pantsed
Great article showing the UD future is very bright.