Just five games remain in the conference season meaning we are rapidly running out of runway in the race for a top-four Atlantic 10 tournament seed and the coveted double bye that comes with it. So how is that race shaping up? 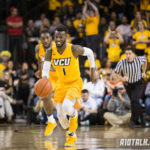 VCU (11-2) – The bad news for the Rams is they have a very tough closing slate ahead of them. VCU will play on the road at Richmond, Rhode Island and Dayton and close their season with a tough home contest against George Mason (a team VCU beat on the road by nine earlier this year). Here’s the good news: VCU has given themselves a decent cushion at 11-2 and owns head-to-head tie-breakers over chase pack contenders St. Bonaventure and La Salle and as mentioned are 1-0 against both Mason and Richmond, meaning a lot would likely have to go wrong for VCU to not finish in the top-4. Possible? Sure. Likely? Probably not, especially with those tie-breakers combined with tough matchups remaining for chase pack teams with little room for error. VCU also has one home game remaining against SLU, which a win there alone could almost lock things up for the Rams. 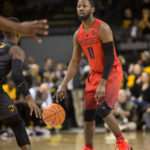 Dayton (11-2) – Like VCU, the Flyers have given themselves a nice cushion and have head-to-head tie-breakers over La Salle, Rhode Island and Richmond. They can lock two more of those up with home wins over St. Bonaventure and George Mason over the next week. While the Flyers schedule is just challenging enough to ensure they have to sweat a little for a regular season outright championship, I think getting three of these last four at UD arena with so much on the line, plus the aforementioned tie-breakers means the Flyers have next to no chance of falling out of the top-four over these next five games. 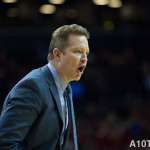 Richmond (9-4) – The lone team at 9-4, Richmond has a one-game cushion on the majority of the chase pack plus owns head-to-head tie-breakers over St. Bonaventure, Rhode Island and La Salle. The Spiders finish their season with a likely home win over Saint Louis but have four questionable games heading into that one: home games against VCU and Davidson and road games at Fordham and UMass. Not even the biggest of Spider homers is heading into any of those with extreme confidence, especially after a 23-point road loss at George Mason. Still, at this point Richmond is in control of their own fate, which is exactly where you want to be heading into the A-10 tournament in Pittsburgh. For what it’s worth, Kenpom likes Richmond to finish at 12-6 for a third place A-10 finish. 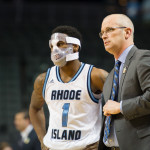 Rhode Island (8-5) – Things got real for the Rams last night, suffering a head-scratching home loss to the Fordham Rams and scoring just 43 points in the process. The loss was the Hurley and Co.’s second consecutive home L, dropping them into a three-way tie with George Mason and St. Bonaventure at 8-5. URI owns a head-to-head tie-breaker over the Bonnies and heads to Fairfax Saturday for a road game at George Mason with much bigger implications than I think anyone predicted it would have heading into this season. Of the three 8-5 teams, Rhody has one of the two tougher schedules, playing these next two on the road, following the Mason game with a tricky one at La Salle, a team that beat URI by 12 in Kingston earlier this season, then have to host both VCU and Davidson with a road contest at SJU sandwiched in between. Kenpom has the Rams as the favorite in all of their remaining five contests but also predicts they will somehow lose two somewhere for an 11-7 finish, which, if tied with only St. Bonaventure, would grab them a double-bye. Dreams of a regular season title and at-large bid are now farfetched, but a top-four finish is still quite possible. 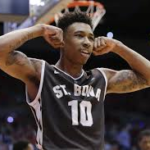 St. Bonaventure (8-5) – Goods news for the Bonnies is they hold head-to-head tie-breakers over Mason and La Salle. Bad news is that may not matter in terms of the top-four thanks to being on the opposite end of that against Rhode Island, Richmond and VCU. In terms of the chase pack I think the Bonnies have one of the more manageable schedules remaining but have two very tough road games remaining at Dayton and Davidson. St. Bonavneture will likely have to win four of their final five games to have a shot at a double-bye. I wouldn’t count them out to do that but even that could ultimately prove to not be enough. 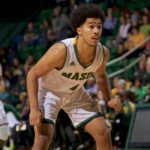 George Mason (8-5) – The fact that Mason is even in this discussion is reason enough to cheer what Dave Paulsen has done in turning this team around. That Patriots are riding a four-game winning streak that have included some really impressive wins, namely home blowouts of Richmond and La Salle and a big road W at Davidson. In many ways, George Mason is officially back and their fans have to be believing at this point that they have their guy in Dave Paulsen, and oh by the way, they are doing this with the nation’s 53rd least experienced team. So much to be excited about in Fairfax right now. HOWEVA’, in terms of top-four finishes and double-byes, it may be an uphill battle for Mason. The Patriots have a monster home game Saturday against Rhode Island, no gimme, then have road games remaining at Dayton, VCU and GW. They’ll also host Duquesne in what is the only game kenpom has them the favorite to win. That’s just a brutal closing slate and with already no room for error, I think ultimately proves too much to overcome for a top-four seed. 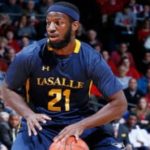 La Salle (7-6) – The Explorers aren’t technically out of this but definitely have their work cutout for them at just one game above .500 in conference play. BUT…peep this closing schedule: v Saint Joseph’s, v Rhode Island, at UMass, at SLU, v Fordham. With the nation’s 46th most efficient offense, I wouldn’t be completely surprised to see La Salle win out. Am I betting the mortgage on it? Nope. But, I also think it’s possible. La Salle has absolutely no room for error, especially being on the wrong side of head-to-head tie-breakers against Mason, Richmond and Bona.