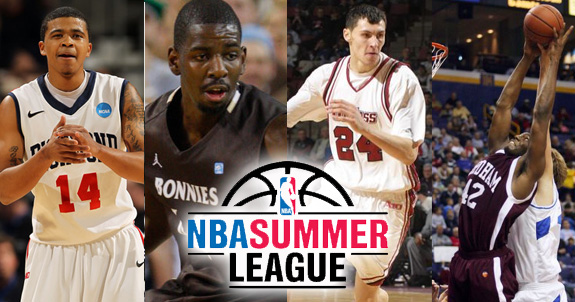 NBA Summer League kicks off tomorrow morning in Orlando and there are a number of A-1o schools well represented. Tomorrow’s games feature a slew of players who either once called the A-10 or one of it’s new member institutions home, highlighted by an 11AM tip between Brooklyn and Orlando that features five of those players (three of which played their college ball in the city of Richmond, VA, and all on the same team).

Each game in tomorrow’s action features at least two players A-10 teams can get behind. We’ll do our best to keep you up to date daily on how those games went down, what to look forward the following day and who all will be in action.