La Salle completed its three game sweep of the Saint Joseph’s Hawks yesterday with a 56-63 win. The Explorers were out on the attack early, at one point growing the lead to 39-23 in the first half, La Salle’s largest lead of the game.

However, Saint Joe’s was able to close this initial gap.  When all looked like it was lost, the Hawks put an 11-0 run from the end of the first half and the start of the second. Charles Coleman was the star of the show for the Hawks. The backup center had 18 points on 7-9 shooting (4-5 from beyond three). Ejike Obinna also contributed with 14 points and 14 rebounds. However, with poor play from both Jordan Hall and Erik Reynolds, the Hawks stood little chance as Clifton Moore and the Explorers sealed the win with two minutes to go.

Yesterday was not a game where the Hawks allowed their opponent to steal the win late, as had happened so many times this season. This was a win that La Salle earned on their own, as  they were the aggressors all game and set the tone from the start. The Explorers are hot, and this was their fourth win in a row. Clifton Moore, who was doubtful to start the game, had an impressive outing scoring 19 points and generating four blocks. Jack Clark was also a critical piece for the Explorers, finishing with 20 points and 13 rebounds. 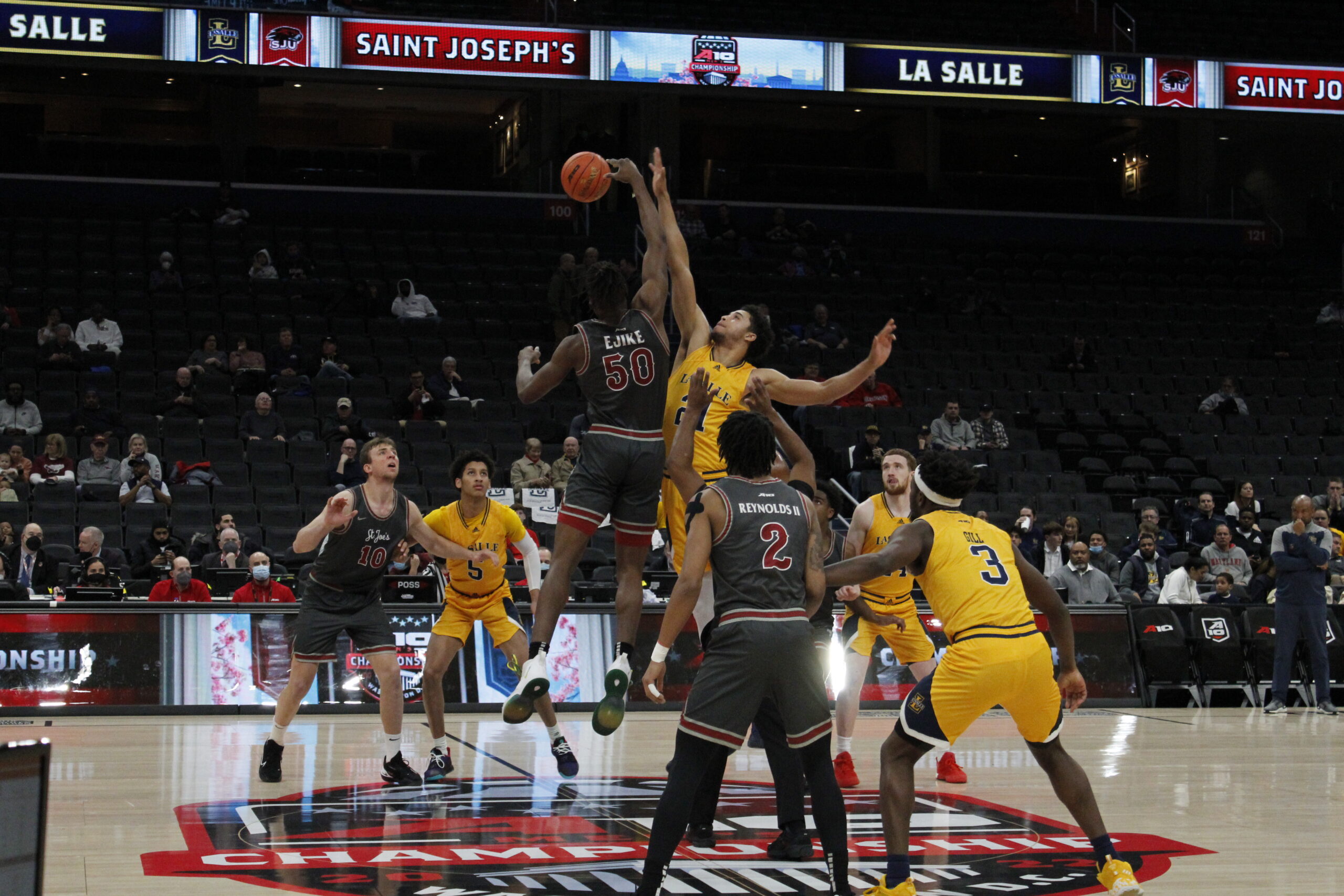 The simple fact is La Salle has an identity and has played to it. Their hard on ball defense, and reliable shot blockers in the paint, made it that much harder for Saint Joe’s to score yesterday. The Explorers took SJU’s best players out of the equation and forced Charles Coleman, a back up center, to both score and facilitate on behalf of the Hawks half court offense.

In addition, Christian Ray had two huge three point shots that helped to solidify La Salle’s late lead. Jhamir Brickus also deserves credit as his on ball defense was excellent. Both him, and Khalil Brantley, were constant pests for Saint Joe’s, sneaking up from behind to steal the ball three times each. 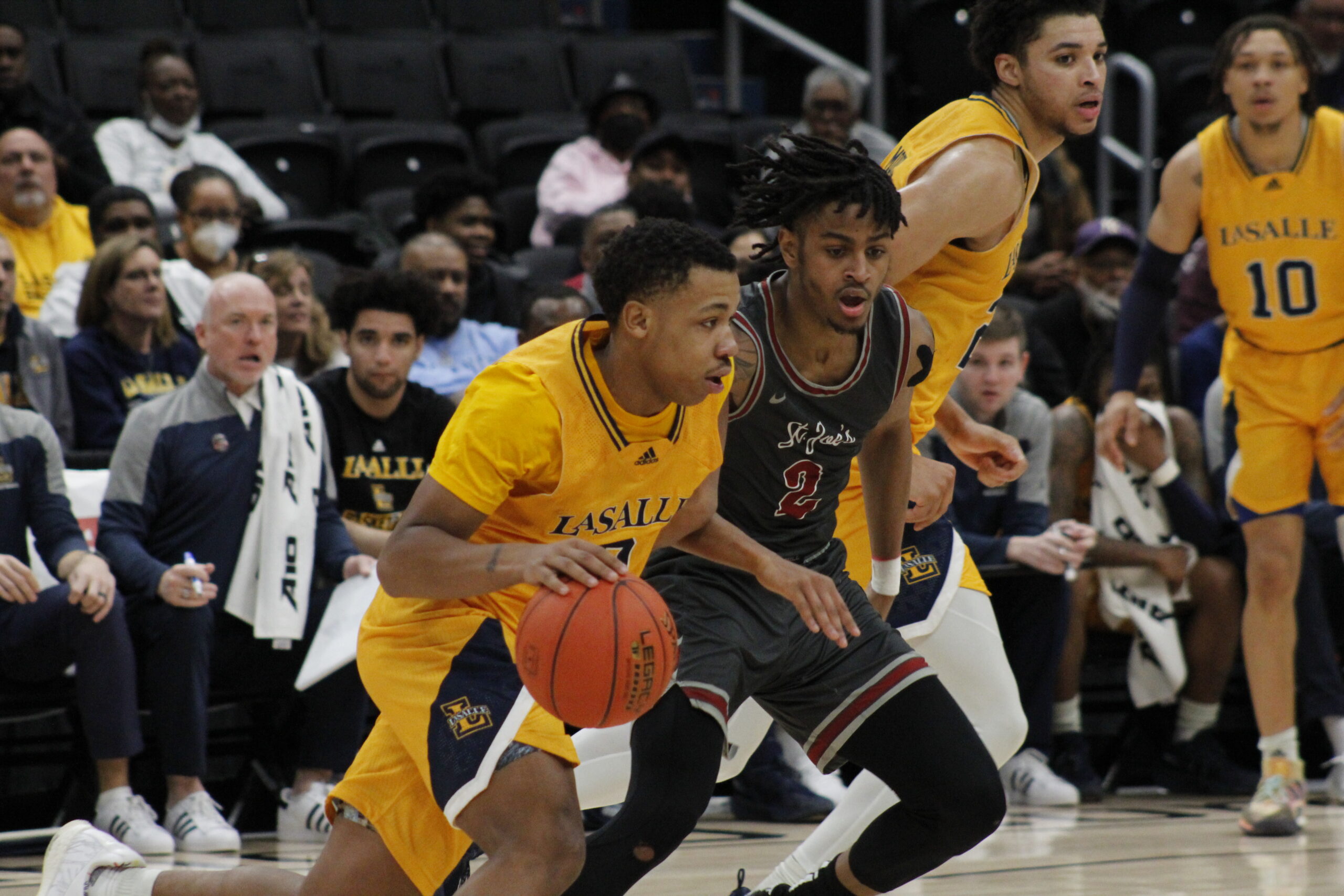 In conclusion, this was a win La Salle can feel good about. A lot has changed over the year. With the early struggles the Explorers had this season, it would have been easy for them to quit. Instead, they swept Saint Joe’s for three games, the first in the rivalry’s history, and now look on to face Saint Louis today. SLU is the favorite, but with the way the Explorers have bought into Coach Howards message of defensive identity, anything could be possible.

For Saint Joe’s this was the end to a season that many will want to forget. An inverse to the Explorers, the Hawks started the year out strong only to collapse at the end. One good piece of news that came out today was Ejike Obinna’s announcement that he will stay for next year. However, after that, there isn’t too much to take away from yesterday’s ugly loss. It will be a long offseason as Saint Joe’s looks to figure out where to go from here.

Anthony Morelli
A former D1 Athlete at Saint Joe's, Tony has earned both Undergrad and Graduate degrees from SJU. As an athlete, he was apart of a A10 team title. As ...