After just one day of games in the CBI, George Washington is one of just two teams left standing that have 20 wins or more. The only other team, being Rice, who sits at 23-11 after their first round win over San Francisco. After several first round upsets yesterday, George Mason and Eastern Washington among them, more and more, this is starting to look like GW’s tournament to lose. Which sounds like a strange thing to say, let alone gloat about. Still, given that the Colonials are only losing two players from their roster after this season, and postseason experience could really be valuable moving forward into next season and beyond.

The Colonials picked up their first-ever CBI win last night with a 73-69 victory over Toledo, behind 29 points from Tyler Cavanaugh. “…He put on his superman cape and did what he does, and came out with a huge win,” said head coach Maurice Joseph after the game. The only other GW player to score in double-figures was surprisingly, Patrick Steeves, who posted 17 points.

Here’s a look at the CBI bracket as it stands now: 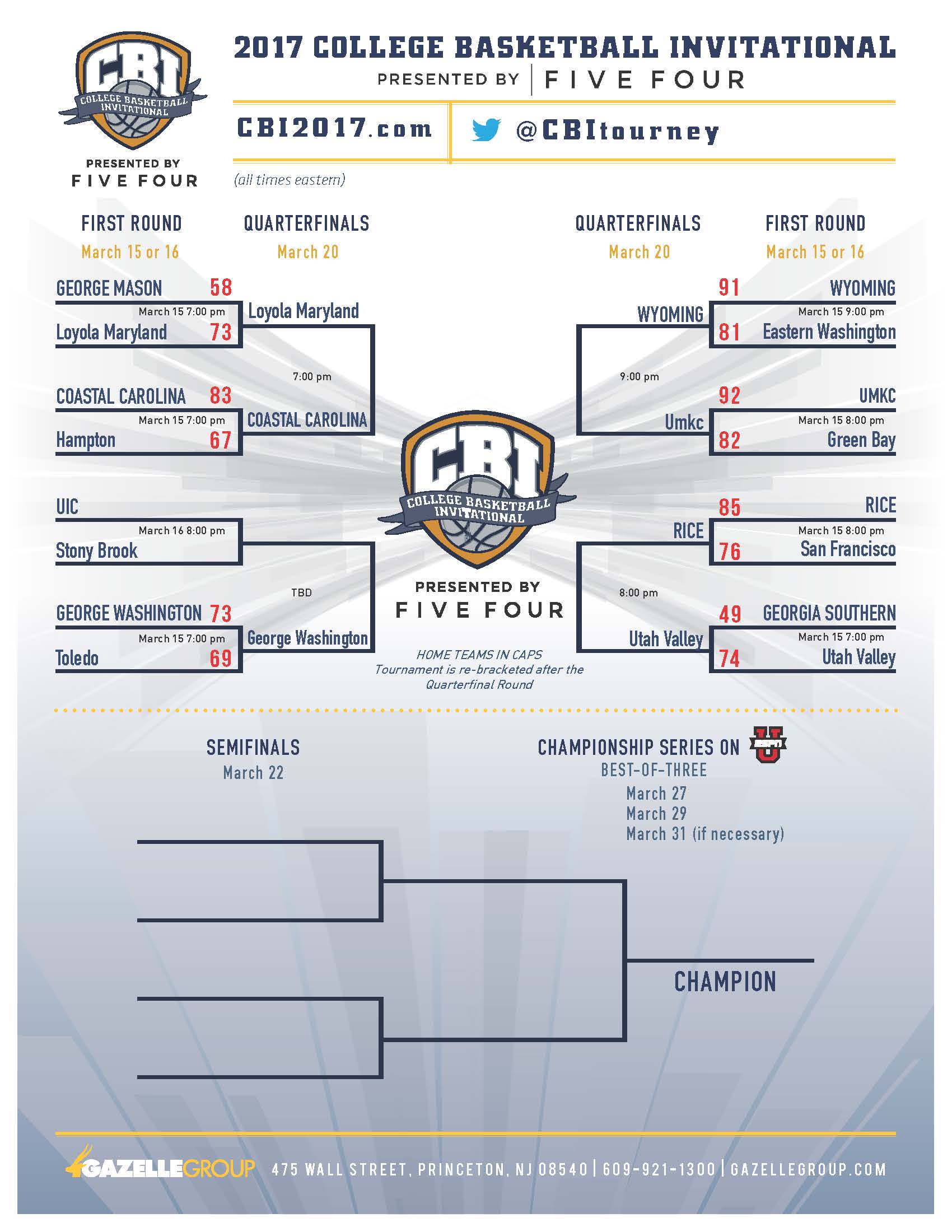 Looking at the bracket, there aren’t many teams left that are serious contenders for the CBI Championship, or pose a serious threat to the Colonials. Between Coastal Carolina and Loyola (MD), neither team really poses that serious of a threat. Wyoming is likely to take down UMKC to advance to the semifinals, just based on the Kangaroos (great nickname, by the way) Division I experience. Rice, the other 20-win team left in the field besides GW, and the only other serious Championship contender. So are the Colonials and the Owls on a collision course now? Only time will tell.