Finally, we’ve got 14 teams and 14 head coaches in the A-10. The offseason came at the Atlantic 10 fast, but after a few hiccups, we now know who will be leading next year’s squads into the 2018 Atlantic 10 tournament in Washington DC. Let’s take a look at ’em and hand out some hiring grades for the four Athletic Directors with early offseason big decisions. 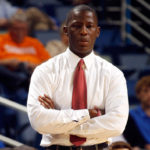 Flyer fans seem split on this hire and that’s understandable after a mixed sample from the former Dayton hooper. A 1987 UD grad, Grant starts with bonus points being a Dayton guy himself and a part of the Flyers’ 1984 Elite 8 team. You love to see those guys rewarded. After graduating in ’87, Grant quickly began his coaching career in his home town of Miami and rose through the ranks as an assistant, eventually landing a gig at Florida with Billy Donovan where he would go on to assist on back-to-back national championship teams. That’s when Grant through VCU’s Villa 7 program was targeted to become the Rams head coach in 2006. Grant spent just three seasons in Richmond but won three consecutive CAA regular season titles, making two NCAA tournament appearances as well and winning a game in one of those with a first round upset of the Duke Blue Devils. Grant recruited every key piece of VCU’s Final 4 team as well as Larry Sanders (a high school 2-star player), VCU’s only early-entry NBA Draftee (15th overall in 2010). But like most VCU coaches, the Rams lost Grant to Alabama where he would go on to make just one NCAA tournament appearance in his six seasons there. He was then let go and would reunite with Billy Donovan with the Oklahoma City Thunder.

So which Grant can Flyer fans expect? The one who dominated the CAA or the one who fizzled in the SEC? Anthony Grant should bring stability to a Flyers program coming off the loss of the red-hot Archie Miller to Indiana. I’m of the opinion UD will get more of the VCU Grant than the Bama Grant and will ultimately love the hire. Grant can recruit and can coach, and unlike Bama in the SEC, should have a bit of a competitive advantage at Dayton in the A-10 that he didn’t have at his last college job. 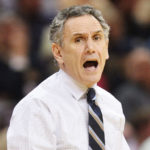 When I heard Dambrot was a possibility for A-10 bottom feeder Duquense, I thought there was no way it would actually happen. I just couldn’t imagine a scenario where the Zips coach and Akron native would leave his team of 13 seasons (and his hometown) for a Duquesne team that has made a home of the bottom of the conference and just lost a ton of its key young talent. But credit to Duquesne Athletic Director Dave Harper, he made it happen — and is on fire now after also announcing a $40 million arena upgrade. The Dukes hit a home run with the hire of Dambrot who had reportedly become frustrated with the MAC’s one-bid league status. Dambrot has won at least 21 games the past 12 years, finished first or tied for first five times and finished his time in Akron with a 70.5% conference winning percentage. In short, the guy has done nothing but win. He was also the high school coach of Lebron James, so bonus points for that.

Dambrot will have a serious uphill battle but could just be the guy to get the Dukes turned around. Compare his sustained head coaching success to that of Jim Ferry’s and I think there are a lot more reasons for Duquesne fans to have a legit level of optimism this time around. 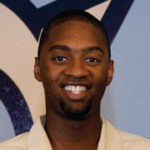 Is it just me or does anyone else feel like Maurice Joseph’s coaching job flew a bit under the radar last season? Probably just me.

Coming off the loss of head coach Mike Lonergan and three key starters in Patricio Garino, Kevin Larsen and Joe McDonald, I thought the babyfaced Joseph did a solid job in winning 20 games in his first year as head coach in the nation’s capitol (minus that final 0.4 seconds against VCU). The Colonials finished sixth in last season’s A-10 before bowing out to Richmond in the A-10 tourney quarterfinals in a game they had a shot at winning late. They won six of their last seven Atlantic 10 regular season games including a home finale upset of Dayton.

We’ll know a lot more about Joseph next season however thanks to a roster that is again losing even more key pieces. Gone are seniors Tyler Cavanough and Patrick Steeves and Seton Hall transfer Jaren Sina’s time as a Colonial will be short-lived as well thanks to his offseason transfer departure. Basically the Colonials are Yuta and the youngins next year (some of which I really like), meaning Joseph is staring down a serious coaching challenge his second season in. Regardless, I think the guy earned this shot and think GW did the right thing in rewarding 31-year old. 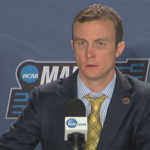 Did any team have a wilder ride in their coaching hunt than UMass? I mean, has any team ever?

Just nine days ago Winthrop’s Pat Kelsey got the job, yet today I write about Matt McCall actually accepting. Crazy.

I think on paper some people are gonna love McCall. They remember him scoring some solid upsets at Chattanooga two seasons ago (won at Dayton and Georgia) en route to a 29-6 finish and that season’s SoCon tourney title. But things didn’t go quite as smoothly the following season, finishing a mediocre 19-12 overall and 10-8 in conference play, eventually bowing out to Wofford in their first SoCon tourney game. That was yet again with two previous coaches’ players and the 24th most experienced team in the country, which worries me.

I’ve seen Jim Crews. I’ve seen what bad coaches can do with good players recruited by their predecessors and I worry about McCall’s ability to succeed with a roster that hasn’t been stacked in his favor. His overall body of work as a head coach seems to be trending in the wrong direction, but it’s early. I have legit concerns however that that trend is highly likely to continue in his first season taking over a Minutemen squad that won just four conference game this past year. Having shown no signs of being able to build a team as head coach, who’s to say he’ll be able to do so with UMass? McCall is likely a high risk, high reward guy, but if he succeeds, you can almost guarantee he’s gone to the first available power-5 job. 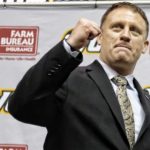 I think VCU got what they needed this time around: a VCU guy. The Rams have had success but little continuity the past 11 years, burning through four coaches over that span. Ram fans will hope longtime Richmonder Rhoades will bring VCU the success they’ve become accustomed to but will stay to build on that as well. I think he will.

Rhoades comes to VCU after three years of a complete rebuilding project at Rice, essentially an Ivy League school trying to win basketball games in Conference USA. The Owls won just seven games the season before Rhoades took over then won 23 this past year with a rebuilt roster led by sophomore Marcus Evans (19 ppg), a Rhoades recruit (who could follow Rhoades to VCU). It was just the seventh 20-win season for Rice in 103 seasons of hoops. Rhoades did so despite a roster that ranked 274th nationally in experience (up from 334th the previous season).

Like Wade, Rhoades served as an assistant at VCU under Shaka Smart. He was a head coach at nearby Randolph Macon for 10 years before that, an assistant there for three seasons. His name might not be a sexy one nationally right now, but like the past four VCU coaches (one of which is also on this list), will be soon enough.