The two teams couldn’t be any more different. La Salle has struggled on offense in Atlantic 10 play but boasts the conference’s second most efficient defense. They’ll need every bit of that D against a Davidson team that leads the conference and is fourth nationally in points per game.

A quick look at all of yesterday’s action:

Speaking of that La Salle defense, the Explorers outlasted UMass by limiting the Minutemen to 22.2% from deep while hitting just enough shots from distance themselves (7-18) to advance to take on Davidson today. La Salle committed just eight turnovers to UMass’ 11 and will need a similar effort today against a Davidson team that is one of the best in the country at not turning it over themselves.

The 12 v 5 line is always a dangerous one in the NCAA tournament and it almost provided a major surprise yesterday in A-10 action as well. The preseason No.1 trailed the preseason No.14 with just over four minutes to play before a Mo Alie-Cox dunk sparked a mini-run that would allow VCU the opportunity to advance to take on crosstown rival Richmond in an attempt to avenge a 2-0 regular season sweep. Fordham has been an increasingly dangerous team but yesterday’s result came without A-10 Rookie of the Year, Eric Paschall, who was forced to sit with an ankle injury. Survive and advance. VCU did just that.

The Hawks took a five-point lead into halftime but emerged from the lockers cold as Saint Joseph’s was outscored 37-21 in the second stanza to effectively end their season a year after winning the Atlantic 10 tournament. Both teams shot about as well as I do from deep, hitting a combined five of their 30 three-point attempts. Bona however was able to get things done closer to the basket, hitting 50% of their two-point attempts and dominating Saint Joseph’s on the glass, 48-33. That helped erase a six-turnover disadvantage and advanced the Bonnies to today’s matchup with Dayton.

The Colonials version GW fans love showed up yesterday, dominating Duquesne from start to finish. Both teams were on fire from deep, both hitting 10 of their 20 three-point attempts, but it was once again an advantage inside that line that propelled GW to the victory. The Colonials locked down Duquesne near the basket, out-rebounding Jim Ferry’s squad by 14 and holding the Dukes to just nine field goals inside the three-point line in the win. GW advances to take on Rhode Island in a rematch of their only contest this season, a four-point loss in Kingston. 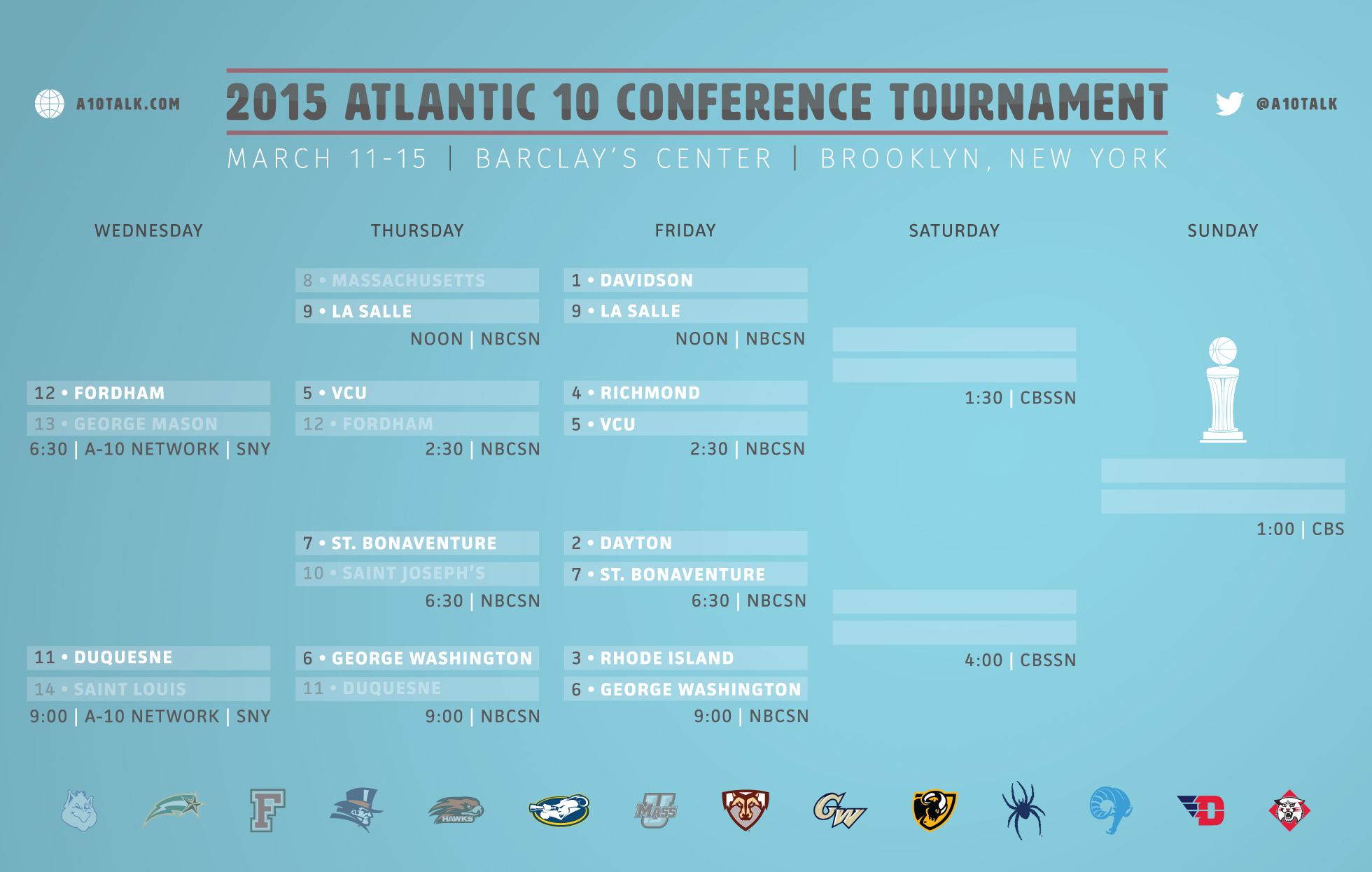