With that, there are four Atlantic 10 coaches who have a very good argument as to why they are this year’s Atlantic 10 Coach of the Year. 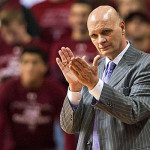 The four-time A-10 Coach of the Year could add a fifth thanks to the turnaround his Hawks have seen this season. After finishing 10th this past season with a 13-17 overall record, the Hawks are a game away from their highest win total (25) since the Jameer Nelson-led 30-win team in 2004, doing so with essentially the same roster from this past season. Saint Joseph’s was picked to finish seventh this preseason by A-10 voters but are a weekend away from a potential share of this year’s regular season crown. The Hawks rank in the top-three in both A-10 offensive and defensive efficiency and with that are one of the most balanced, and therefor potentially one of the most dangerous Atlantic 10 NCAA tournament representatives should they find their way into this year’s dance. 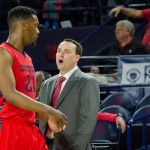 Dayton came into this season as the preseason No.1 and are in position to achieve that goal, but I don’t think “just” meeting expectations for a good team should disqualify Miller from winning this award. The Flyers were without Dyshawn Pierre early in the season yet managed to secure a number of quality non-conference wins that have boosted the A-10’s RPI this season (talk about #TrueTeam, they helped carry the “A-10 team” through the non-conference), then had to make due without Kendall Pollard later in A-10 play but yet again is one of the teams to beat heading into Brooklyn. A win on Saturday would give Miller his most conference wins in a season as head coach and would be the best A-10 finish for a Dayton team since Oliver Purnell’s 02-03 campaign that finished with a 13-2 regular season conference record. I don’t think Miller should be penalized for having a good team last year as well and with that has to be one of the top candidates for this award this season. 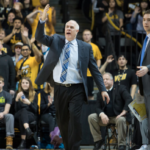 Schmidt may have led the Bonnies to a 2012 Atlantic 10 tournament title, but as far as regular seasons are concerned this is the best season he has EVER had as a head coach, be it in Olean or with his previous school, Robert Morris. Bona’s 21 wins are the most under Schmidt and the most for the program since the 99-00 team’s 21-10 finish. They are four wins away from matching the 1970 Final 4 Bonnies’ win total of 25. St. Bonaventure currently has the league’s most efficient offense and with the trio of Marcus Posley, Dion Wright and Jaylen Adams, are not only a threat to score their way through the A-10 tournament next week, but to be a dangerous NCAA tournament team should they earn their way in. The Bonnies finished seventh last season and were picked eighth heading into this year thanks to the loss of 7′ big, Youssou Ndoye. Safe to say they have exceeded expectations and with that Mark Schmidt has to be right at the top of the list in this year’s Coach of the Year considerations. 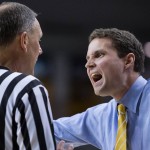 VCU arguably had three of the biggest losses this offseason by any team. Treveon Graham, the program’s second leading scorer of all-time took a job in the NBA D-League. Briante Weber graduated before being signed by the Miami Heat despite tearing his ACL. He was a three-time conference defensive player of the year, VCU’s point guard, and arguably one of the best defenders in the history of college basketball. And then there’s that thing about Shaka Smart leaving. He did a nice job as well, leading VCU to a Final 4 and three consecutive A-10 tournament championship games, winning his final one. VCU also lost highly recruited (top-50) freshman Terry Larrier and their entire incoming recruiting class, two of which were top-100 recruits. Despite that, VCU can do no worse than a share of first place this season, the Rams’ first regular season title since 2009 (Anthony Grant’s final season at VCU), and at 14 A-10 wins, have already set a new conference record for the black and gold. VCU ranks in the top-two in the conference in both offensive and defensive efficiency, doing so WITHOUT Graham and WITHOUT Weber, something that speaks volumes about the job Will Wade has done in his first season with the Rams.

I think the top-three at this point are likely Martelli, Schmidt and Wade (sorry Archie). If VCU pulls out a win at Dayton on Saturday and wins the conference outright, that could lock it up for the Rams first-year head coach. If they don’t I think it quite possibly comes down to Martelli and Schmidt due to being picked seventh and eighth in the preseason. In that scenario I think Schmidt likely takes the award thanks to sweeping Saint Joseph’s, which could give some voters the obvious tie-breaker they were looking for in such a tough decision. Regardless, all four have done a tremendous job this season and would most certainly trade in a COY award for an A-10 regular season or tournament title, as well as a trip to this year’s NCAA tournament.

Mat Shelton-Eide
Mat Shelton-Eide has been involved in college athletics since 2007, starting as a co-founder of VCURamNation.com where he covered the Rams all the way...
Says a lot about the A-10 this year that none of these four are an obvious winner. Fantastic season except for Rhode Island.
Will Wade...Go RAMS!!