After a few year hiatus we are bringing back a holiday classic, the Festivus post.

As seen below the Festivus pole has been erected and the airing of the grievances list is being double checked and hopefully will be ready for prime time tomorrow. 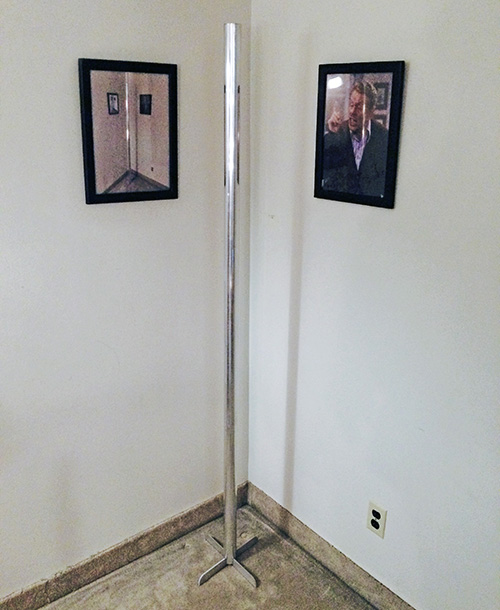 *Disclaimer posts in this thread are intended to be tongue in cheek even if they come off as too on the nose or overly harsh.
R

It should be a banner year for grievances.

I got a LOT of problems with you people!!!

The Airing of the Grievances – Basketball Edition


Honestly airing Covid grievances is just depressing so I will leave it at a list of one.

I already left you a compliment on the other board, but in case you don't go back: a work of art.
C

Still haven't worked up the fortitude to click on the thread about the Virginia Tech thrashing. Maybe I never will. It's kinda like reading the Banned Wagon, just no good for anything but a headache.

The Airing of the Grievances - ABC style.

A. 10 - how the mighty have fallen. Win some damn out of conference games, like anyone... as a conference we have amassed exactly one Q1 win. The conference has been 15 shit teams in a 10 team league. And we cant even blame injuries. Ace Baldwin is the one true star that has missed time and he played in VCU's two worst losses.

B. Before we move on the rusted 5 - talk about burning bridges on the way out. These guys better not show up back on campus for decades, how could they possibly be so inconsiderate to say they were staying then leave at the 11th hour. My only comfort is they are learning the grass isn't greener on the otherside. (Why rusted 5, because people were calling them the modern iron man 5 and what happens when iron tarnishes it rusts so i have deemed them the rusted 5).

C. People still talking about the rusted 5. Give it a rest already they are gone. Lets just be happy Schmidt didnt leave too.

D. the grade I would give Schmidt's in season coaching performance the last 15 months. A great coach with more plays than Chens in a Chinese phonebook but its so complicated you need to be a 6th year senior to understand all the nuance. Entering a season with an entirely new roster might be a good time to simplify the offense, but no we have stuck with it and that means guys can only play one position. I swear it is like the old Madden games that would only let you put QBs, Kickers and Punters on the QB depth chart.

E. is for Evans' minutes. After impressing in the early season he has fallen out of favor so that Schmidt can play 3 guards and get out rebounded each of the last three games. I just don't know what happened to valuing effort on the glass. Luc, Flowers, and Banks each average 3 boards per 40 minutes. Lofton was the only player a year ago that averaged less than 5 boards per 40. And it is not like Venning/Farell/Hill are vacuuming up all the boards we are just losing the battle for the glass.

F. Farell Foul-trouble. I feel for the kid because he is being asked to play out of position imo but we can't win games that he is in foul trouble. He needs to be on the floor and if that means playing zone to protect him so be it. Or if we did something about D we could slide him to SF at times.

F2. Free throws are FREEE. This team will lose a lot of close games as long as they are only making 68% from the stripe.

H. Hill needs to get minutes at center. At the 4 he is asked to be a floor spacer and although he shot 44% from 3 in the NEC last year he missed his first 11 threes of the year last year and is only 1 for 12 to start this season. It looks a lot like he caught fire for a 4 game stretch that skews his numbers. When he gets the ball one of three things happen, he turns it over, misses a three, or makes a two. Get him in position to shoot more 2s seems obvious and that means moving to backup big.