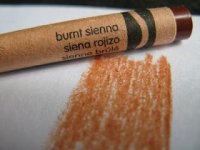 Should be an interesting game. Don't think Siena is as terrible as they looked in their opening exhibition, so I think it will be a decent opening night test.

Siena has won two-straight MAAC regular season titles, but they are a much different team this year. They've added some decent transfers, but not sure those guys will play Tuesday.

Does anyone know if the Skeller is open pregame? I assume it is but you never know

Visual preview, which unfortunately does not include Skeller operating hours:

What the hell? I had an old slide hockey game that looked better than that.
R

Not trying to derail the convo, but this guy Kevin Conners says were are the best mid-major. Oddly enough, he did not include any MWC or WCC schools in this list because I guess they're above the A10 now? Seems odd.

gg ez no re

Time to see if my fingers still work. The answer 700 words later is yes, read on at your own peril.

Crowd: Would have been nice to have a sell out and max capacity but still awesome to back in person. Part of me forgot how different watching a game in person is to the TV experience. Will be interesting to see how the mask policy effects our home court advantage when the students arent there. It was the first game back for everyone including the student section and there were some more than pregnant silences at different points but given the learning curve of two incoming classes it was a good start.

Arena upgrades: As a basketball junkie I couldnt care less about the improvements to the lighting and sound system in the RC. I'm going to sound like an old man but they might need to do a volume check not at court level but in the mid to upper reds. It was Friday night in the OP hard to carry a conversation pregame.

Team thoughts: With all the pregame stuff you had to anticipate a slow start, and they responded well. We rebound really well as a team and it was nice to see that not drop off without Adaway and Osun. Something I think I will harp on all season, we don't take enough 3s. Our shooting droughts from outside are made worse by not taking many 3s. When you shoot 57% from inside the arc you can get away with not taking 3s and being stone cold for most the game but I think we need to be taking closer to 20 threes per game than 14.

Player Thoughts:
Osun had a nice game before getting hurt. He should always dominate matchups against guys like Stormo who are big but slow. Hopefully the back/hip injury isnt serious and that they limit his minutes until he is back at full strength
Lofton - dude is a killer what else to say. I thought he had a sequence where he blocked a 3, brought the ball up, drove and finished with a foul. When I checked the box score they didnt give him a block so maybe i made that part up. On the downside he was arguing with a ref about a call bringing the ball up the court at a point when we were in control of the game. At some point that is going to cost us a game, it easily could have vs Duq last year.
Holmes - struggled finishing in traffic, (old man again) didnt go up with his left a couple of times and settled for a much tougher attempt with his right. Like many of the guys had a stronger second half.
Welch - he is an easy punching bag when his shot isnt falling. BUT he does so many little things well that contribute to winning basketball. He rebounds, cuts off passing lanes and is rarely late on a rotation. (I wish we could have seen him healthy for the full LSU game)
Adaway - wish the team would be more open about suspensions to start the year ahead of time. Its not like the NCAA called yesterday and said Adaway cant play tonight but that is just the fan perspective, from a coach's point of view it probably makes sense to news dump it before the first game.
Bench:
Coulibaly is the best Osun back we have had but I dont know that Siena was a good test.
Adams got the praise from Schmidt after the game and I think it was well earned. I didnt realize he played 25 minutes and I hardly noticed him on the floor (thats a good thing when you are out there with 4 of our starters).
Brown - need to watch him more, I wasnt impressed but it is hard to step into Adaway's shoes. It is also November and it takes guys time to get up to speed in Schmidt's system.
JNT - was surprised he got minutes in the first half but I guess with Adaway out and Welch in foul trouble Schmidt had to go deeper into the bench than normal.
R

Holmes always struggles at the rim, Jive, I don't think that's an old man observation. It's just fact at this point. With all 4 of those regulars last night we've become well accustomed to roll with any negatives because the positives far outweigh them.
W

Jive36 said:
Coulibaly is the best Osun back we have had but I dont know that Siena was a good test.
Click to expand...

Siena definitely isn't the strongest opponent, but Stormo would probably be a bench contributor or better for at least a handful of A10 teams, and based on both the eye test and box score I'd take Coul over Stormo 8 days a week.

I believe the bar is pretty low so I'm comfortable saying that Coulibaly is not only clearly the best Osun backup we've had, but probably the best backup center we've had in at least the Schmidt era.

WestEndStench said:
I believe the bar is pretty low so I'm comfortable saying that Coulibaly is not only clearly the best Osun backup we've had, but probably the best backup center we've had in at least the Schmidt era.
Click to expand...

Or… ever? I’m not even kidding. Lanier didn’t have a capable backup. I don’t believe Glen Price did. Cyrus and Van Paassen played together at 5 and 4, respectively. MAYBE the February-March version of Ndoye during his freshman year?
C

Jokes aside, I agree with most all of the above with some of my own thoughts on the newbies

What impressed me most about Big Daddy's game last night were things independent of competition. His footwork, athleticism, stroke/touch, knack for the game.

Someone else at some point compared Adams to Taquee with boatloads more athleticism and upside. That seems pretty apt from what last night showed.

Brown had the look of a man who needs the game to slow down for him a bit still, both within our offense and against D1 competition. With time and work, his Juco track record suggest it will come. His take to the hoop immediately after coming back in, following his first experience with the Angry Schmidt Yank (open to suggestions on a catchier phrase) suggest he's got the right resilient attitude to work at it.