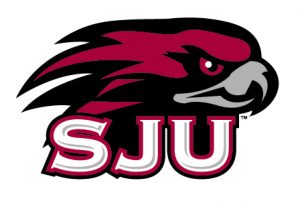 On the surface you would say a 6-26 record constitutes a tough year. Putting it kindly. It’s the type campaign you soon would prefer to forget and see in the rear view mirror. Given it was your first year in a new position, one could surmise the coach would be anxiously looking to rebuild for better days. And forget what transpired. Not in the estimation of Billy Lange. The Saint Joseph’s mentor labeled 2019-20 as “great. Last year we all got to know each other,” Lange told the media at the A10 Virtual Media Day. “We fought the heck out of every opponent (seven upsetting Davidson along the way). We walked off the floor of that final game at Barclays Center ( a 77-70 outback to George Mason in the A10 conference first round) after giving it all.”

Lange enters year two convinced the “program is on firm footing. We have incredible leaders from our president to a dynamic AD. I knew Saint Joseph’s from the other side being a competitor (as a Villanova and LaSalle assistant). I thought they were passionate here but now in the program I can see the passion is a hundred times greater than anticipated. We have a great location, tradition, the Big Five, Atlantic Ten and even without fans in the stands I feel ‘the Hawk will never die’.”

Lange has surrounded prolific scorer Ryan Daly, a redshirt senior guard, and 20.6 points per game scorer,  with some added talent. “Ryan does not have to average less,” Lange said. “He could actually average more with better players around but the metrics do not dictate that his scoring must decrease.”

Lange feels the Hawks will be an attacking team on the offensive end. There is no set amount of three pointers this team has to take. It’s all predicated on defense. “We have great team speed,”Lange said. “If we can push it and get to the rim fine. If not we can kick it out and take the three.”

The schedule gives little break as Saint Joseph’s opens with Auburn then Kansas. A brutal start yet the team is excited. As sophomore guard Camerton Brown said,” that’s why you play college basketball, to be your best and play the best.”