A 1-3 record last weekend from this guy hurt.  We thought we had some juice building after the glorious 6-3 record from the week before but I quickly remembered some brilliant advice a longtime Sharp in Vegas gave me years ago; “Kid, you don’t know shit.”  4 games on the slate for Wednesday.  Time to go get that money!

Both of these teams are in a bit of a funk right now and neither is playing particularly inspired basketball as we enter February.  GW has failed to cover in its last 4 games and Davidson is 3-5 against the spread on the road this year.  GW will do everything under the sun to keep Gibbs, Sullivan, and Aldridge in check in some way, shape, or form.  Gibbs is the best scorer in the A10 so keeping him in check isn’t exactly easy.  Cavanaugh and Larsen combined to go 5-20 from the floor against George Mason on Sunday.  If Davidson can get a similar performance out of those two on Wednesday, it will be in good shape. Both of these teams really need this game but GW is still right in the thick of the hunt for a Top 4 seed in Brooklyn.  If GW shows up and cleans up some of its sloppy play, everyone will forget about the tough week it just got over.  However, a home loss to Davidson and now the questions will begin to be asked about “toughness’ and a repeat of the narrative from last season.  I liked Davidson to cover this earlier in the week but now I’m leaning towards a bounce back from the GW Bigs as a main factor in the Colonials getting the cover at home here. Of course, this methodology got me a really nice 1-3 record last week so just keep moving here people, not much to see. 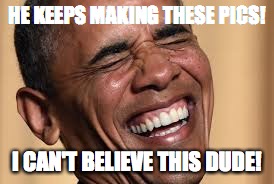 I think this is a solid line for this game.  Richmond is coming off a loss at St. Bonaventure where it looked like it just wore down to the point of near exhaustion on Sunday, blowing a halftime lead in the process.  George Mason gave GW all it wanted and then some at home on Sunday; posting a 5 point lead early in the second half against the Colonials.  GMU is 3-3 against the spread over the past month and is showing signs of improvement under its new coach, Dave Paulsen.  Richmond is now 3-5 in the A10 and is seeing a shot at a top 4 seed in the A10 tournament slip through its fingers as it continues to have trouble closing out opponents.  The Spiders lack of depth definitely seemed to rear its ugly head on Sunday as a team that only plays 6-7 guys significant minutes struggled to find its legs in the 2nd half of fast-paced game. I definitely think Richmond is going to win this game; I just don’t know if it is going to be more than 13 points.

If the Spiders come out making shots from distance and are feeling it early, they could blow the doors off the Patriots Wednesday night.  ShawnDré Jones could have a big night at home and Khwan Fore has been making explosive plays look routine as of late but I’m still going to take GMU to cover the 13 on the road. Therefore, I fully expect Richmond to win by 20.

Five of the best players in the A10 will be on the floor to start this one Wednesday when Posley, Adams, Wright, Bembry, and Miles get after in Philly.  Joe’s trails VCU by only one game, 8-1,  and Bona is currently 5-3 in the conference.  Joe’s has been incredible against the spread this season; only missing covers at home against VCU and UMass, and in UMass game Bembry was an uncharacteristic 3-13 from the field.

I’m intrigued with the Bona offense going up against the Joe’s defense in this game.  Bona’s “Big 3” have all scored in double figures in each A10 game this season minus one.  Wright was held to 8 points on 3-5 shooting in Bona’s 19 point win at GMU earlier this season.  Bona is currently 33d in adjusted offensive efficiency at 112.1 points per 100 possessions.   Saint Joe’s is ranked 25th in adjusted defensive efficiency; holding opponents to 94.5 points per 100 possessions via Kenpom.

Joe’s has been dynamite against the spread this year, going 10-2 in its last 12 games.  I like both of these teams and won’t be surprised if they are playing on Saturday in Brooklyn in March.  7 seems a bit high to me on this for Joe’s to cover and Bona is coming off a 51 point second half against Richmond on Sunday but I’m not smart and I’ll take Joe’s to cover the points at home. 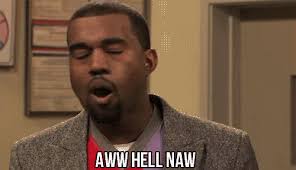 The VCU Rams are undefeated in A10 play and will be rolling into Philly on Wednesday to take on La Salle.  The Explorers are struggling to say the least, 1-7 in A10 play and 5-14 overall.  The Explorers play slow; like Hickory, Indiana slow.  Currently sitting at 309th in Kenpom’s adjusted tempo rankings.  Dr. John knows he has Jordan Price, Cleon Roberts, and Johnnie Shuler on the perimeter who can drive the ball at times.  He has big Tony Washington in the post.  Beyond that, he doesn’t have much.  Price is an all-conference talent though and if he wasn’t in charge of carrying 4 other dudes on the court, this team would be much more effective.

La Salle must have heard that I took Dayton to cover the ridiculous 20 points on Saturday and it responded like a petulant child, holding the ball and slowing down the game.  As a petulant and very often trifling adult, I had to give it up to Dr. John and his Explorers for that display.

VCU is leading the A10 in overall offense and defense coming into this game and all signs point to a big Ram’s win.  However, Price has had huge games against VCU in the past and winning by large margins on the road is never easy.  I like VCU to win this game but if La Salle can keep the rebounding game even close to a push, I think it can slow this game down and limit possessions like it wants to.  I’ll take the Explorers getting the 14 points. 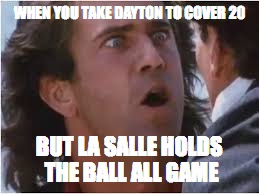 Welp, I really don’t like any of these picks so that is a solid start.  Coming off of a 1-3 week, anything short of 0-4 will be a miracle at this point.  Buuuuut, you never know and as we saw a couple of weeks ago, even a blind squirrel finds a nut now and then.  Either way, 4 games on Wednesday means I’ll be busy doing what I love to do; eating large amounts of cheese fries with bacon and watching hoops.