Well, what was shaping up to be another incredible Saturday of hoops has been severely diminished since Mother Nature decided to have her “monthly visitor” all over the East Coast this weekend.  But there is one game today and I’m incredibly bored so to add some juice to my afternoon, I’m chasing that paper once again.

Both of these teams are horrible against the spread this season, SLU is 3-11 and UMass is 3-10.  Both of these teams are limited offensively, SLU’s adjusted offensive efficiency is 96.5 which is 293rd in the country.  I feel like this is a bad game to mess with b/c for as bad as these teams can be on the offensive end of the court, they’ve both shown they can score in bunches recently.  Of course the common denominator in those games has been the Davidson defense.  Here is a visual of the Wildcats guarding in the half court on Wednesday night:

The Minutemen rely heavily on Trey Davis and Donte Clark, Davis is taking 1/3 of the shots for UMass this season.  Jabarie Hinds has been up and down this season and his ups tend to be really strong but his downs are Stock Market Crash of 1929 bad.

Saint Louis has Yacoubou, a senior leader and a guy who isn’t afraid to take shots, but the guy I look at for them is Miles Reynolds.  He is closer to 6-0 than than 6-2 but the kid plays as hard as anyone in the A10.  It isn’t always pretty or under control but Reynolds isn’t scared of anyone, and he’ll let you know it.  Jermaine Bishop has had 3 consecutive strong games and his development is a game changer for Saint Louis.  If he can continue to score the ball effectively, SLU becomes a much tougher team to guard.

UMass hasn’t covered at home or on the road since January 3rd, when it defeated La Salle by 7.  This isn’t a game that is going to have any juice behind  it. Both teams have losing records and a laundry list of deficiencies on both sides of the court.  But I’m tired of sledding, making snow angels, and freezing my ass off in subarctic conditions so I’ll be watching.  I’m going to take UMass and pray they get after it today at home and can at least score 6 more points than SLU.  And hopefully keep the Running Rebels, err Billikens, under 100 this afternoon.  I like Trey Davis and clam chowder so I’ll take plenty of both today.  Throw in a few of these bad boys: 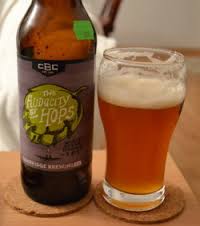 and let it snow!