The Basketball Tournament (or “TBT”) is in its third year and will tip it up this summer in a 64-team tourney with a $2 million winner-take-all prize on the line. Three Atlantic 10 alumni teams will cary the flag for their schools and hope to be the lucky group cashing the jumbo check when it’s all said and done. Groups from Davidson, La Salle and VCU will rep their alma maters while several other Atlantic 10 alumni ballers will be scattered throughout the field on various teams. 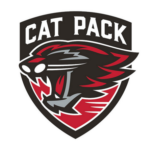 The Davidson Wildcats put together their first TBT team and will own the hometown advantage playing out of the South Region in Charlotte, NC. The Cats needed an at-large bid to get into the tournament (due to lack of fan votes needed to secure a top-11 auto-bid) but did just that thanks to a talented group that includes recent graduates like 2015 A-10 Player of the Year Tyler Kalinoski, Brian Sullivan, Tom Droney, Jake Cohen, Jordan Barham, Will Thoni, Skyler Bowlin, Chris Czerapowicz and Kenny Grant. With that group the Cat Pack will bring a sharpshooting unit of Davidson alumni that could be potentially one of the best if not THE best three-point shooting team in this year’s TBT. 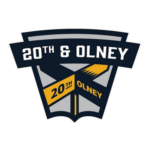 La Salle’s Sweet 16 ballers plus two-time A-10 Player of the Year Steve Smith will enter the tournament for the second consecutive season, losing a hard-fought battle to Syracuse alumni group, Boeheim’s Army (92-91), this past year. This year’s addition of high-scoring guard Ramone Galloway however will hopefully be the addition needed to advance the group of former Explorers deeper into this season’s TBT tourney, including a possible payback shot at the group from Cuse. They’ll also share a taste of home court advantage alongside fellow Philly alumni teams, North Broad Street Bullies (Temple) and Supernova (Villanova), as well as a team called Liberty Ballers consisting of Philly natives like CJ Aiken and Garrett Williamson of Saint Joseph’s and Temple grad Ryan Brooks. One thing is for sure, 20th & Olney will be very familiar with their competitors in the Northeast Region. 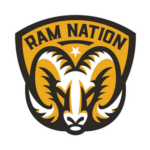 Full disclosure: I am the GM of this team. Needless to say I like our group. Ram Nation will bring VCU’s key pieces from the 2011 Final 4 team in Jamie Skeen, Bradford Burgess, Joey Rodriguez and Brandon Rozzell, combines them with three of the key pieces from the ’07 team that upset Duke with B.A. Walker, Jesse Pellot-Rosa and Mike Anderson, and throws in two former NBA ballers in Larry Sanders (15th pick in the 2010 draft) and VMI grad Reggie Williams, who most recently played with the Spurs in 2015. Ram Nation will compete in the South along with Davidson’s Cat Pack, Memphis’ “Bluff City Blues” and a region loaded with teams made up of high-level talent.

The official tournament bracket will be unveiled July 1 with dates and times attached. Ram Nation and Cat Pack will start their journeys July 9th in Charlotte as the South Region helps get the tournament underway while 20th & Olney will have to wait a week as the Northeast gets underway a week later on July 16th.

Sweet 16 rounds and beyond will be viewable on the ESPN family of networks.

Head to www.thetournament.com for additional details.