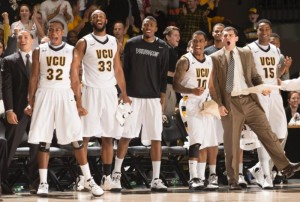 With less than three minutes to play, Khalif Wyatt and the Temple Owls looked to add the cherry on top of a solid non-conference season for this year’s Atlantic 10, holding a one-point lead over the sixth-ranked Kansas Jayhawks at Allen Fieldhouse.

The Owls weren’t able to bring it home, eventually falling 62-69, but sent a message as the A-10’s preseason No.4 gave the nation’s No.6 a scare after Temple had upset No.3 Syracuse just days prior.

As a conference the A-10 finished OOC play seventh in the RPI, with nine teams finishing in the top 100, a number that should come in handy come March (unless Fordham, GW and Rhodie go on massive win streaks).

Based on non-conference performance, Ken Pomeroy’s computers have VCU winning the Atlantic 10 regular season with a 14-2 Atlantic 10 record followed by St. Louis at 11-5 with four teams behind them at 10-6 each. For full rankings do yourself a favor and pay for the full rankings and plethora of stats available at KenPom.com.