Thursday night’s evening action starts off with a rubber match between the Rams of Rhode Island and the Minutemen of UMass, two teams that split the season series with both holding serve at home. It ends with tournament sleeper Davidson looking to avoid an upset at the hands of Wednesday night’s big upset winner, the 14th-seeded La Salle Explorers. 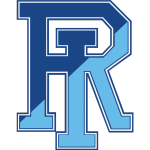 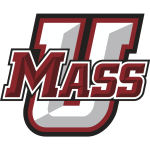 Interesting history between these two this season. A Hassan Martin-led Rams team hit the Mullins Center without Memphis transfer Kuran Iverson earlier this year and dropped an overtime road L at the hands of the Minutemen, 61-56. Iverson returned for the second meeting between the two, this time in Kingston and this time without Martin, and completely dominated UMass, holding them to just 12 first half points for a 22-point halftime advantage in a game Rhode Island would cruise to victory.

The good news for UMass tonight is Rhode Island will be without A-10 Defensive Player of the Year, Hassan Martin. The bad news is they’ll see the roster that somehow looked much better without him.

The Rhody Rams are still somewhat of a mystery to me with this new lineup (how can a team possibly be better WITHOUT Hassan Martin?!), boasting a win at Dayton, that domination of UMass, but also a regular season-ending road loss at Fordham. But if you really dig into the Rams’ schedule you’ll see what is basically a ton of pretty forgivable losses, five coming at the hands of this season’s top-four, two more to top-six teams as well as the aforementioned road losses to Fordham and UMass. The Minutemen on the other hand boast close home wins against VCU and Rhode Island, but that’s about it in terms of A-10 resume meat.

I like the Rams’ chances to advance in this one but with Trey Davis, Donte Clarke and Jabarie Hinds capable of getting hot from beyond the arc, UMass will have a shooter’s chance to pull off the upset. 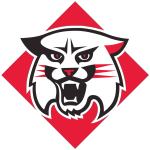 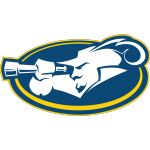 We’re just one day into this year’s conference tournament and we’ve already had two upsets, first with the No.13 Billikens taking down the No.12 Patriots, but more surprisingly, last night’s nightcap upset won by the La Salle Explorers over a Duquesne team I thought had a chance to actually compete in Brooklyn.

The win was La Salle’s third over their last four games, meaning somehow, someway…La Salle is heating up.

Dr. John Giannini’s team will have a more difficult task however in tonight’s action, taking on a Wildcats team that owns a number of solid wins this season including an 87-80 regular season finale over the Colonials of GW. The Cats had little trouble with La Salle earlier this season, downing the Explorers by 13 in Belk Arena. They did however allow Dr. John’s squad to hit over 60% of their attempts inside the arc, a reason to believe La Salle has some shot at the upset.

However, as good as La Salle’s 60.6% two-point shooting was that night, Davidson’s 65.4% was even better. So was their 50% shooting from long range.

The Cats simply could not be stopped in the halfcourt when these two met exactly one month ago and I wouldn’t be surprised if we see more of the same tonight. La Salle has proven they can be a tricky group (home win over Dayton) but have yet to show any real consistency this season and will have the added task of trying to defend Davidson’s cuts all night just 24 hours after going about six deep against Duquesne.