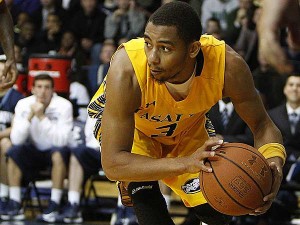 It was a solid weekend for the Atlantic 10 after suffering two Thursday night Ls, but a weekend that saw no real needle moving victories.

Temple saw their first real test of the season in East Rutherford, NJ against the No.2 Duke Blue Devils, a test they’d like a retake on after falling by 23 in their first loss of the season. That L left just one undefeated team in the Atlantic 10, the red hot Charlotte 49ers.

The Niners might need a few months on the South Beach diet after downing so many cupcakes in their first nine games, but they remain 9-0 none the less, and sit at 30th in the RPI as of this writing. Charlotte travels to Miami (5-1) this Friday.

The Butler Bulldogs knocked off another BCS squad in perhaps the biggest A-10 win this past weekend, taking down Northwestern on the road 74-65. Center Andrew Smith showed the dawgs are more than just a bunch of deep threats, posting 24 points to go with 10 rebounds in his first double-double of the season.