Atlantic 10 basketball is back (in a way) and it’s starts tomorrow.

This year’s Portsmouth Invitational, an invite-only tournament featuring some of the nation’s most talented seniors, tips it up Wednesday in Portsmouth, Virginia at 7PM EST. The event goes through this Saturday and features eight competing teams and 64 total players. 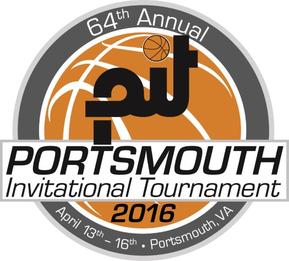 History of the P.I.T. according to the league website

“Each year for 63 years the P.I.T has invited 64 of the best college basketball players (seniors) from across the nation to participate in a four-day, twelve game tournament in front of representatives from every NBA team. The tournament drew the attention of NBA Scouts and General Managers in the 1970’s when players like Rick Barry, Earl “The Pearl” Monroe, Dave Cowens, John Lucas and Bobby Cremins came to Portsmouth to play. Soon the word spread and approximately 200 Scouts, General Managers and Representatives of all 30 NBA teams began to come to see players like John Stockton, Dennis Rodman, Tim Hardaway, Scottie Pippen and others. Today scouts from numerous international leagues have joined in on the annual April pilgrimage to Portsmouth. Over the years the P.I.T. has been a showcase for five of the 50 greatest players in NBA History (Rick Barry, Earl ‘The Pearl” Monroe, Dave Cowens, John Stockton, Scottie Pippen) and for many others who have gone on to NBA stardom including 2015 NBA All-Star Jimmy Butler.”