The Robins Center has barely emptied ending 2014-15 Atlantic 10 season disappointingly early in March, but it’s not to early to look ahead. This piece has been written for a few days, but I didn’t want it to go live until everyone was eliminated. While it might seem too early to project 2015-16,  I just don’t care about more reasonable time lines for a piece like this. My prediction probably would be wrong twenty minutes before the season starts, so I might as well be wrong a few hours after the season ends.

The Rams elected to let Tom Pecora go just as he was showing promise and while his tenure was without a doubt a disappointment, he offered their best option in the short run and possibly the long. I would have had the Rams turning the corner finishing in single digits, but they blew it up again. The Rams still have Christian Sengfelder who could play for any coach. However, Eric Paschall’s future is in serious doubt. The question remains as to who else will stay and who will go.

Unless the new George Mason coach comes in and runs the ‘f’ it you don’t need to pass’ offense we saw under Hewitt, I would expect the Patriots to have a serious rebuilding year.  If he can come in and at least work with the players already in Fairfax, the transition won’t take too long. There is a lot of talent on the roster. The question is whether or not anyone can harness it.

I hate to say it, but St Louis is still another year or two away from success under Jim Crews first solo build up. While he did a great job carrying on after the passing of Rick Majerus, this will be the first team to completely wear Crews label. The core is there, but they  still looked young at the end of the season. I’d look for them to come on a little in 2015-16 before they take big steps in 2016-17.

Dr. G has been as resourceful a coach as there has been in A-10 during the last decade, but even he will find it difficult to overcome the loss of his entire front court as Jerrell Wright and Steve Zack graduate. Losing underrated defender and all around player DJ Peterson hurts as well. La Salle has a work horse in Jordan Price trying to keep it all together but his supporting cast is unproven. They remind me a bit of this years’ St Joe’s team.

The Minutemen struggled down the stretch, and they lost their two most crucial frontcourt players in Maxie Esho and Cady Lalanne and then Derrick Gordon to a graduate transfer. They’re in a similar position as La Salle, but they have more clear long term replacements. However, the replacements are still a bit green and I suspect they’ll need another year before they get back to competing for an top seed in the league.

I never thought I’d type these words, but St Joe’s could miss Chris Wilson. The Hawks finished 10th this year and I think they’ll need one of Aaron Brown or Javon Bauman to step up just to maintain their current level. Deandre Bembry can do a lot but he can’t do enough for the Hawks to win at a high level.

I know. I know. Homer pick right? The Dukes began to put it together late in the season playing like a middle of the conference program their final twelve games and they return just about everyone. Micah Mason played like the potential all conference member the Dukes need him to become. He along with Derrick Colter should keep the conference’s third best offense clicking. They also can’t defend much worse than they did.

People will generally be higher on Dayton than I am, but we saw what this team will look like next year without Jordan Sibert in their game against Boise St. Maybe, I’m putting a bit too much stock in one half, but it looked like Brian Gregory was back in town. Charles Cooke could eat his minutes, but I doubt he’ll truly replace him.

To all the St Bonaventure fans that say I unfairly hate on them when it comes to my prognostications, please note this prediction  the next time you decide to talk trash.

Again, I think this will be lower than a lot of people have an NCAA participant, but like St Joe’s, this is where they finished last year and I think they need a year to groom their sophomores and freshmen before they reassert their dominance. The good news? This might be the line for bubble in.

The Rams could get some first place love next year. Honestly, there is a lot of wiggle room at the top of the league. I don’t see an elite team. For me, Rhode Island could miss a Gil Biruta and TJ Buchanon more than others might think, but Hassan Martin and EC Matthews will certainly make this team go.

It doesn’t hurt to have the sixth man of the year at the position where your best player graduates. The emergence of TJ Cline could be the missing piece Chris Mooney’s looking for to get back to the dance.

I underestimated the Wildcats coming into last season, but I won’t be as far off if they win it again this year. I love what they return, but the absence of Tyler Kalinoski causes me to question whether or not they can continue to run one of the most efficient in the country. 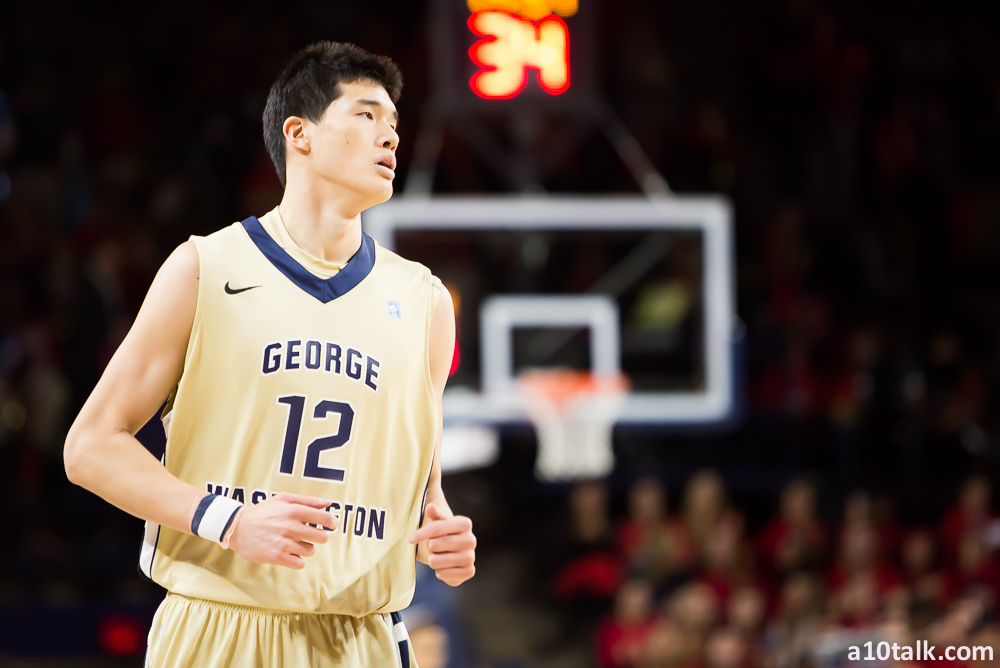 The Colonials underachieved in 2014-15, but I don’t think they’ll do it two years in a row. Mike Lonergan’s first core will reach maturity, while the second group will have a full season under their belt. The only question mark I see is how they will adapt without a true four on the roster.

Steve Dimiceli
This is dumb. You are dumb.
Kyle Davis also picked up two fouls in the first two minutes of that game, which meant extended minutes for Wherli and D Davis. Yeah, I think you might be putting too much stock into one half of basketball in the NCAA tourney for a team playing their 4 game in 6 days relying heavily on a walk-on and a freshman struggling with confidence.
http://www.crackedsidewalks.com/2015/04/top-2016-teamsplayers-atlantic-10.html Here is the pure analytical projection. I am sure yours will be more accurate and there are mistakes in the 4000 player database, but just for a pure numbers-driven perspective