There is no drama that can match the intensity of the college basketball season. That is except an addiction that some eight million viewers tune in to weekly to view one of the country’s most popular shows, the fantasy drama known as Game of Thrones. So in a tip of the hat to the only drama that comes close to outdoing our true love here (college hoops), I went ahead and determined for the A-10 fans out there which Game of Thrones character their alma mater/favorite teams would be represented by and why.

Disagree with my selections? Take it to our forum to discuss. 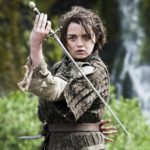 Small, likable, from wealth and white, Davidson is the Atlantic 10’s Arya Stark. They’ve been taught well by long-time head coach Bob McKillop (aka Eddard Stark) and are adapting quickly to the new challenges of the world outside of their once comfortable SoCon home like Arya in her post-Winterfell life. We’re all rooting for you Arya…I mean, Davidson. 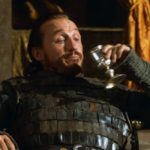 Full of swagger, consistently dangerous, but occasionally caught with their pants down, the Flyers are the A-10’s Bronn. For the most part everyone digs Bronn. He’s a fighter who you can pretty much depend on, but one that may ultimately go where there is more money and opportunity. Will Dayton remain loyal to House A-10 or will they be lured away by a wealthy suitor? 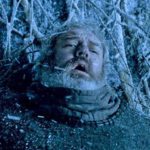 We all root for Duquesne like we all rooted for Hodor. We want them to find success but eventually they just can’t hold the door any longer and are eaten alive by White Walkers, or in the Dukes’ case, Canisius, Tennessee Martin and University of Maryland Baltimore County. 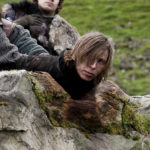 Will was the Knight’s Watch ranger beheaded by Ned Stark in the very first episode of Game of Thrones on HBO. There’s no denying he’s in the story, but I mean, no real wins for Will. Would be cool to see him come back as a White Walker though… 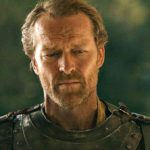 A once-proud warrior fighting for redemption, Dave Paulsen’s Patriots are looking to prove themselves like Jorah to Daenerys. The Patriots used to be one of the baddest knights in the land, dancing all the way to the Final 4 in 2006, but after aligning themselves with Paul Hewitt have fallen from grace. But fear not, they are on a long, hard journey back to the top. That is of course assuming the greyscale Paul Hewitt infected them with hasn’t doomed them for good. 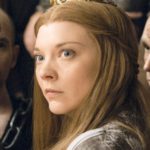 SO CLOSE. There was a lot to love about Margaery before one bad partnership went and got her blown up. Ok, perhaps that’s a little overly dramatic for a 4-3 team, but I’m telling you now: no Lonergan, no Larsen, no Garino, no McDonald, and for a short bit…no Watanabe, could prove to be the wildfire explosion that’s been stockpiling under GW’s team these past few seasons. For you non-G.O.T. fans reading this, that basically means this thing won’t end well. 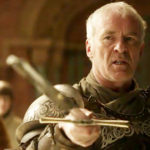 The 1954 NCAA tournament champions and 1955 tourney runner-up, like Barristan Selmy, La Salle was THE SHIT in their prime. While they’ve stayed dangerous throughout the years, occasionally reminding folks they were once the greatest swordsmen in the land, things just don’t work quite like they used to, leaving the once proud to have to sit back and watch a new crowd rule. 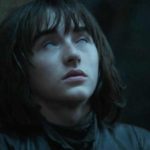 Young, talented with a future we aren’t quite certain of, UMass is our Bran. At times it feels like they weigh the A-10 down. Other times they are a 20-win version of Bran closing his eyes and making animals eat people (like when Chaz Williams is on the team, dumping 30 on teams). They have a nice pedigree and a potentially bright future. Can’t wait to see what happens, Bran! 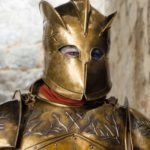 Like Sir Gregor Clegane — also known as Cersei Lannister’s knight protector “The Mountain”, who was once the baddest man in the land, only to be killed (see: EC Matthews injury and the Rams 9-9 finish a season after going 13-5 in A-10 play), then brought back to life (URI now ranked) — the Rams are back to being dangerous and a huge team that you don’t want to pick a fight with in the A-10. While Mountain actor and former hooper himself Hafþór Júlíus Björnsson (6’9, 397) looks a little more like UMass’ Rashaan Halloway, he fights more like Rhody’s Hassan Martin. Dan Hurley (Rhody’s Cersei) commands The Mountain from the sidelines. 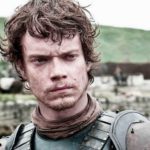 Born into nobility and wealth, the A-10’s Theon can’t seem to buy success and it frustrates the hell out of them. What’s perhaps even more frustrating for Theon is the growing list of accomplishments of their bastard half-brother, Jon Snow (aka crosstown rival, VCU). But don’t give up on Theon just yet, as a new alliance could alter his path. 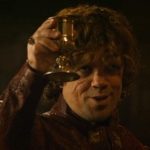 Ok so maybe this is a bit more of the Bona fanbase than the team itself, but obviously you can’t help but link the two. The Bona fans are among the most hydrated in the conference and are a fun-loving group who, after big games like last night’s win of the Franciscan Cup, likely wake up wondering why they are in Olean and how the hell they ended up there. Deep down though they are good people and are perhaps destined to rule, or at least be close to the king. 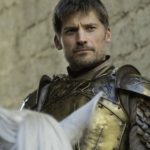 Jamie Lannister (Saint Joseph’s) is a good dude who is a brave fighter with a father, Tywin Lannister (Phil Martelli), who has a long history of brilliance and success — or well, spoiler alert: had — but can also be a bit cranky on occasion. The Hawks have been among the bravest and most talented in the land throughout the years but had that one season (2014-15) when it was as if someone cut off their hand. They bounced back big time however and are for the most part consistent and dangerous, like Jamie. 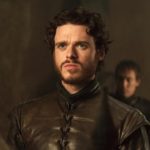 Just when it seemed like they were going to rule the Seven Kingdoms, everything fell apart. The Billikens averaged 27 wins to just 7.3 losses from the 2011-12 season to the 2013-14 year, an era built by Hall of Fame coach Rick Majerus and captained for two seasons (but not nourished) under Jim Crews, eventually leading to a monumental collapse following the graduation of the talented 2014 senior class. Crews simply could not backline the recruits needed to keep the Billikens at the level Majerus rose them to. So, like Stark, SLU saw their rule ended before it ever really began. 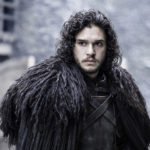 A large public school in the South in a conference of mostly northern private schools, VCU doesn’t exactly match their conference family and thus is sort of the bastard who has basically ruled the Atlantic 10 since joining the conference during the 2012-13 season (VCU is the only team to have played in the A-10 tournament championship game all four seasons since then). Like Snow, fans of the Rams love them while almost everyone else thinks they are annoying and wear too much black. But don’t F with em unless you tryin’ to get cut, because they are swinging that Valyrian steal every season.